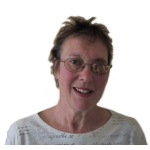 Glenda Baum MSc, MCSP. Registered with HPC. Glenda qualified as a Chartered Physiotherapist in 1961 at Kings College Hospital and gained a Masters Degree in Sports Physiotherapy in 1994, her thesis being on the Effects of Aquarobics on Rheumatoid Arthritis.

Glenda now practises part-time in Selsey, West Sussex, having established a new small clinic which has, of course, a hydrotherapy pool. She previously ran a private practice in South West London for 25 years. Early on she became interested in hydrotherapy and in 1981 had a pool built at the practice. She coined the name 'Aquarobics' for total body exercise in water to music and has written three books on the subject, as well as many newspaper and magazine articles. She ran courses through which trainees became qualified to conduct Aquarobics classes in public pools, and also conducted workshops for professionals both in the UK and abroad.

Aquarobics for Rehab and Fitness